Forget porch pirates, our Ring camera captured video of a cat escaping a coyote in Seattle 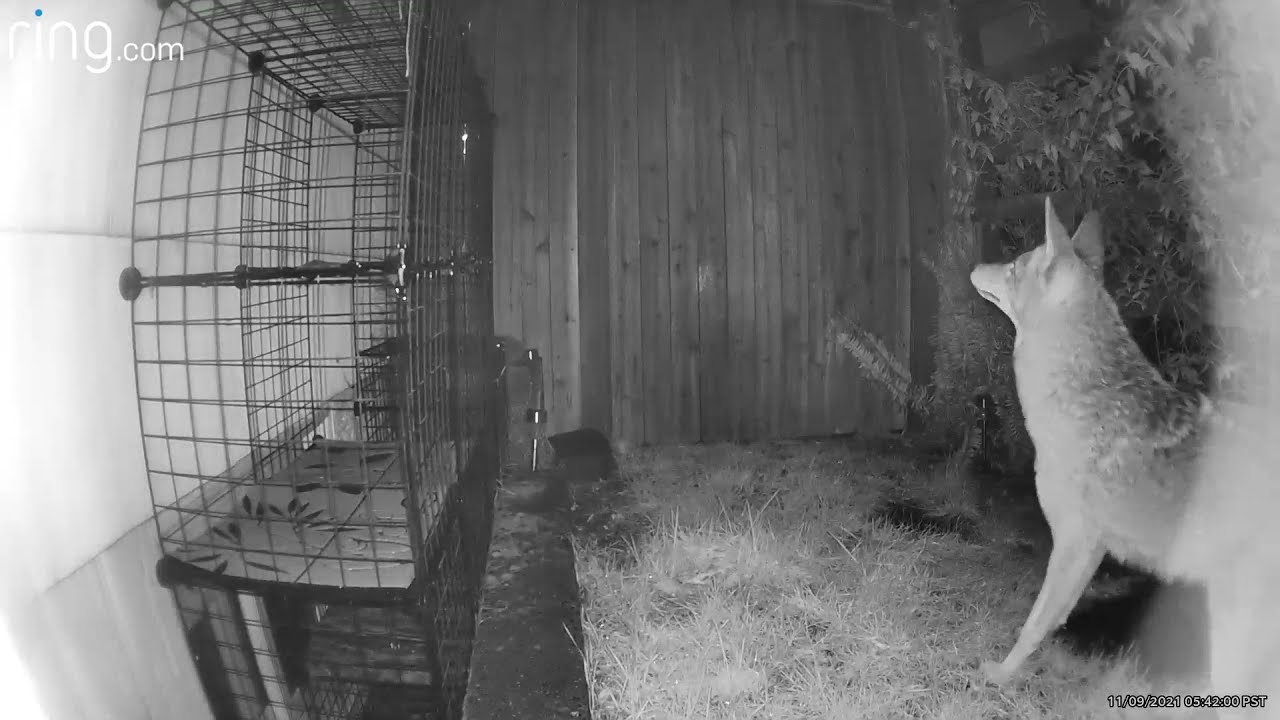 Hold on to your cats, Seattle.

It’s common these days to see viral videos of people pilfering packages from porches, but an Amazon Ring camera captured a more unusual scene in our side yard in Seattle’s Ballard neighborhood this week: our neighbor’s cat leaping for his life, literally, with an urban coyote hot on his tail.

Apart from the drama of the escape, the video quality is quite good. The Ring’s infrared camera captured the scene in black-and-white in the dark, providing a clear and chilling glimpse of the coyote sniffing the ground and assessing the situation after the cat’s narrow escape. Looking at the video, we were surprised — and the cat was fortunate — that the coyote didn’t leap the fence.

Coyote sightings have become more common in our part of the city, which is near the train corridor and greenbelt that runs alongside Golden Gardens Park.

For those who may be wondering about the camera, this was shot on a $100 third-generation (2019) Ring Stick Up Cam. Even in the scarce Seattle sunlight, we’ve had good luck powering the battery with a $50 portable Ring solar panel.

For those concerned about the cat, our neighbors report that he was spooked by the close encounter but otherwise alright.

Top deals on Amazon under Rs 1,499 on Bluetooth earphones

Anyone can buy undelivered Amazon packages – here’s how