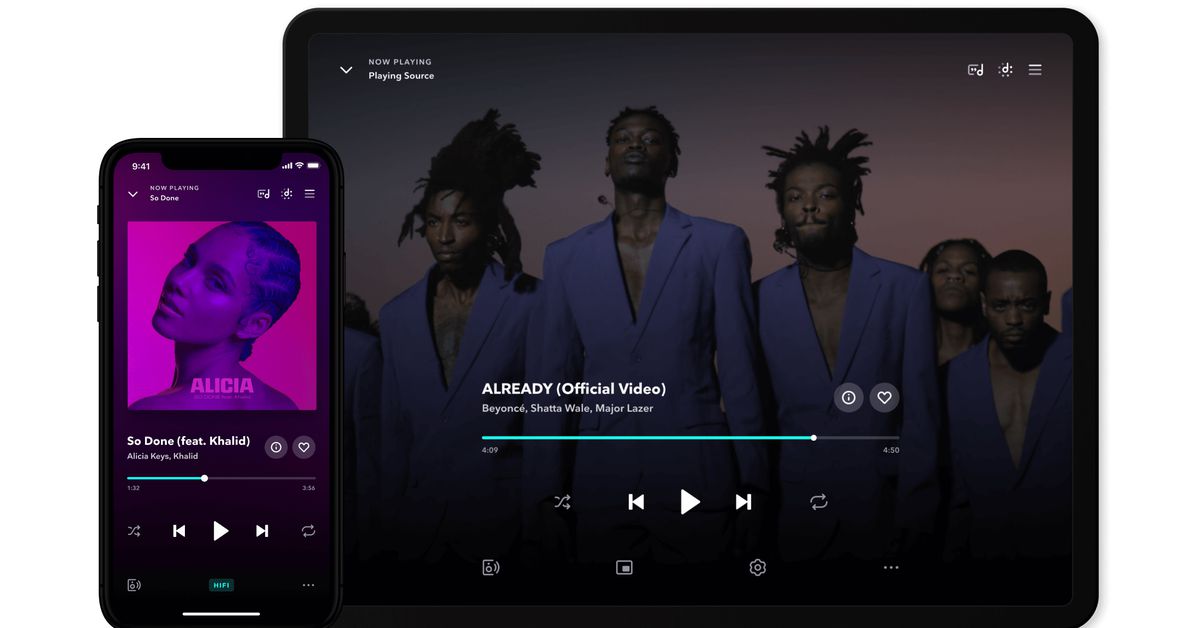 Tidal is making some significant changes to its subscription plans and introducing a free, ad-sponsored tier for the first time. The new Tidal Free plan launches today, is exclusive to the US, and the company says it offers “access to our entire music catalog and playlists, with limited interruptions.” Streaming quality tops out at 160kbps, however, so it’s not much for Tidal’s paid options on that front.

As for those paid subscriptions, Tidal is upgrading its standard paid plan to include lossless and high-resolution audio. Now known as Tidal HiFi, the $9.99-per-month tier offers the improved music quality (up to 1411kbps) and also adds “offline capabilities, access to features like Tidal Connect and My Activity, which provides individualized daily listening insights.” With Apple Music and Amazon Music Unlimited now offering lossless at no extra cost, Tidal had little choice here but to match those services. The service, now owned by Square, was among the first to make a big lossless push.

But the company is also adding a new, third plan called Tidal HiFi Plus. It costs $19.99 monthly and will be home to Tidal’s most premium audio content. You’ll need HiFi Plus for “best-in-class immersive sound formats” including Dolby Atmos and Sony 360 Audio tracks. Tidal’s Master Quality Authenticated (MQA) recordings are also reserved exclusively for the higher HiFi tier.

Separate from its consumer-facing news, Tidal is announcing some new initiatives it hopes could provide artists with some additional revenue from the fractions of scraps they normally receive from music streaming services. Here’s what those will entail, according to the company:

Fan-centered royalties: Starting in 2022, TIDAL is taking a different approach on royalties. In this new model, royalties attributed to HiFi Plus subscribers will not be aggregated. Rather, royalties will be paid based on the actual streaming activity of individual HiFi Plus subscribers as opposed to the industry accepted method of aggregating streams, empowering fans to play a larger role in the success of their favorite artists.

These new efforts sound promising in concept and definitely shake things up — particularly the fan-centered royalties — but keep in mind that Tidal is only pulling this extra money from subscribers on its top-tier HiFi Plus plan. The regular Premium / HiFi plan isn’t contributing to direct-to-artist payments or fan-centered royalties. In an unsurprising bit of corporate synergy, Tidal says it’ll be working with Square, Cash app, and also PayPal “to ensure quick and seamless payouts to artists globally.”

All of this comes as Spotify HiFi, announced nearly nine months ago at this point, has still yet to launch. Spotify has only said that its lossless tier is expected to be available “later this year.” The company has made no official comment on whether, like its competitors, it will also support Dolby Atmos and other new music formats.

Facebook Messenger is getting a built-in bill splitting feature

What do Meta’s New Safety Initiatives to Protect Women Really Mean for Women in India?