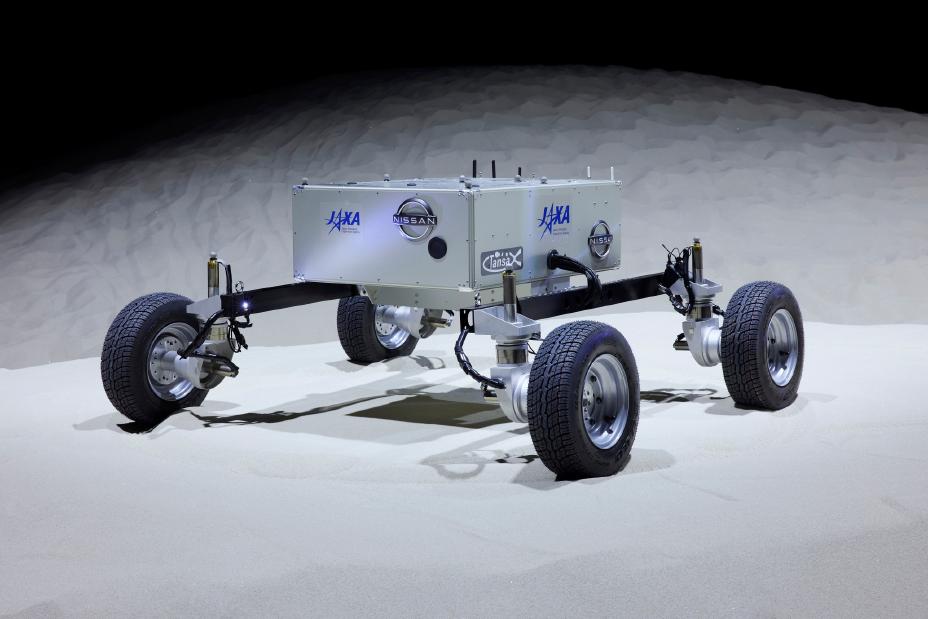 Nissan has unveiled the lunar lander prototype it has been working on with the Japan Aerospace Exploration Agency (JAXA). The automaker has been collaborating with the agency on driving controllability since January 2020.

To help ensure the rover doesn’t get stuck on the lunar surface, Nissan has employed a version of its e-4orce all-wheel control technology. The company says its driving-force controls can minimize wheel spin “in accordance with surface conditions.” Not only could that prevent the rover’s wheels from digging into the moon’s powdery, rocky terrain, it might help the lander conserve precious energy.

Nissan announced the e-4orce powertrain system early last year. The tech, which is featured in the Ariya electric crossover and upcoming next-gen Leaf, allows for precise, independent control for all four wheels. The Ariya has front and rear motors, and the torque of each can be controlled individually to deliver traction during acceleration.

The company believes “the knowhow gained from this joint research with JAXA will lead to innovations in our vehicles that will bring benefits to customers,” according to Toshiyuki Nakajima, general manager of Nissan’s Advanced Vehicle Engineering Department.

The current design of the rover isn’t aesthetically exciting, unfortunately. Right now, it’s a rectangular box on wheels. But, as is usually the case, it’s what’s on the inside that really counts.