How to watch the Xbox 20th anniversary event 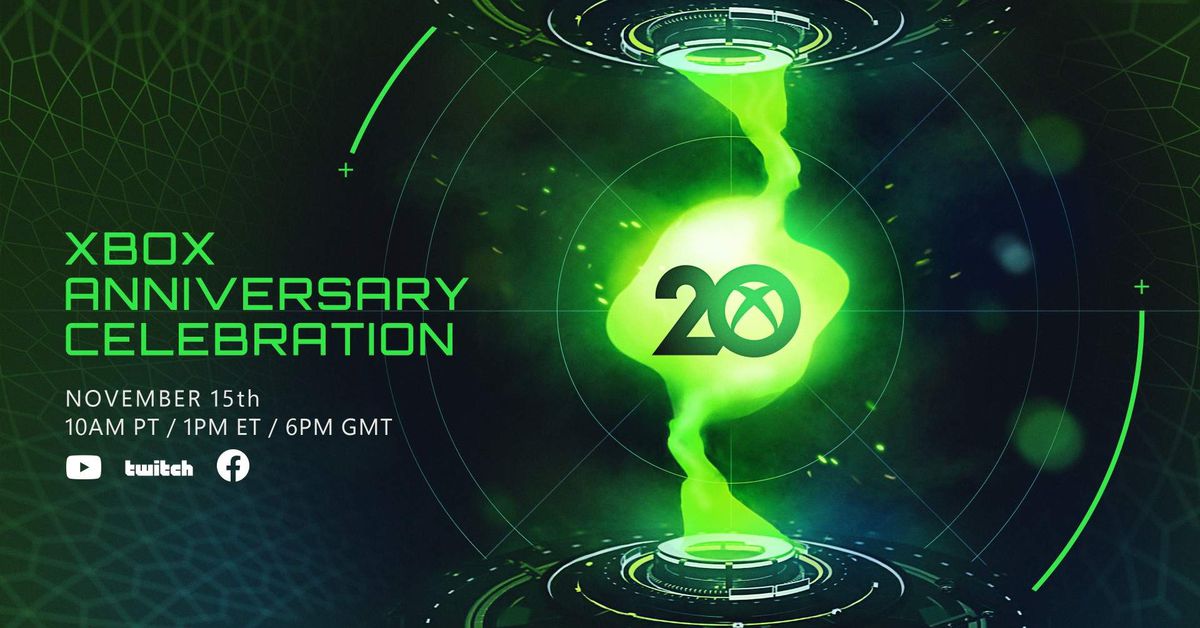 Microsoft is holding a special Xbox anniversary event today to celebrate 20 years to the day since the original Xbox debuted alongside Halo: Combat Evolved. “While we won’t announce any new games, this broadcast will be a special look back at all the memories we’ve shared with the Xbox community over the past two decades,” says Microsoft.

While the event is designed as a celebration rather than a news event, that doesn’t mean there won’t be news. Rumors suggest we may well see an early beta of Halo Infinite multiplayer to mark 20 years of Halo, and plenty of Xbox fans have spotted suspicious updates to existing original Xbox and Xbox 360 games.

WHAT TIME IS THE XBOX 20th ANNIVERSARY EVENT?

You can tune into the livestream, which starts at 10AM PT / 1PM ET on Monday, November 15th. If you miss the livestream, you’ll be able to catch a replay after the event wraps.

WHERE CAN I WATCH IT?

The PS5 and Xbox Series X are available now at Target