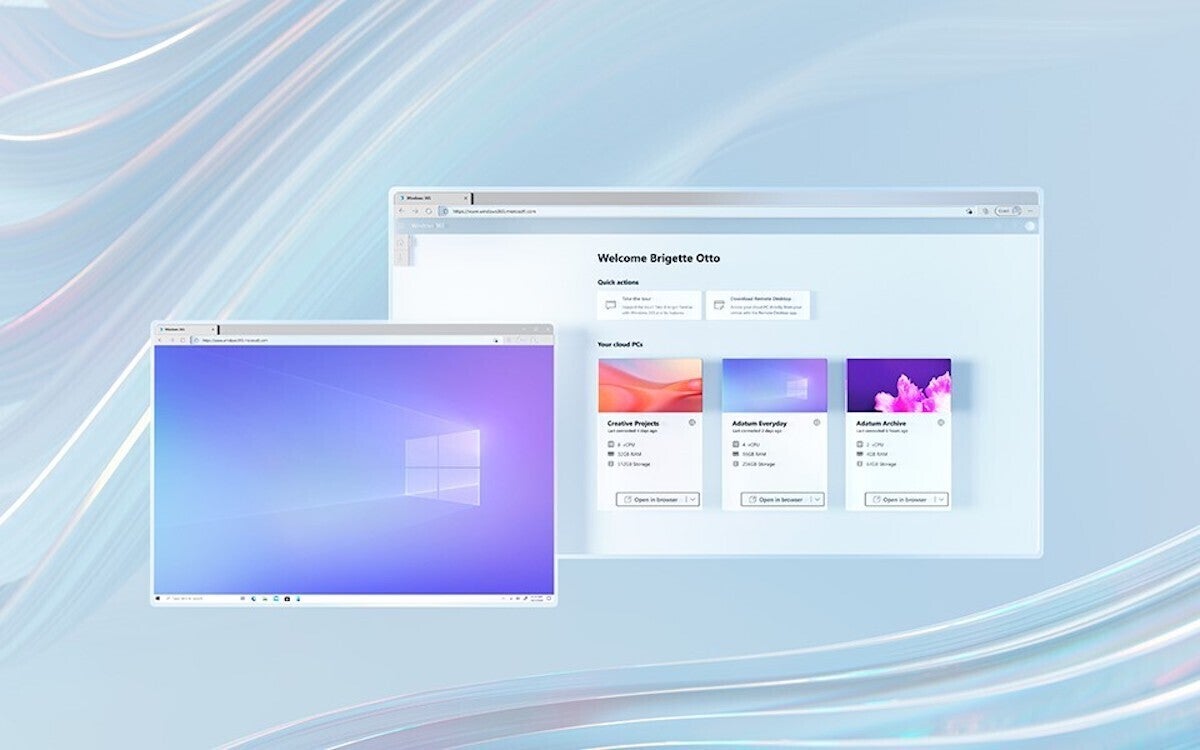 It’s good to finally see Windows 365 Cloud PC arrive. I’ve been talking about Microsoft’s Desktop-as-a-Service (DaaS) for years. (Yes, I know all about Windows 11, which I think is just a massive Windows 10 security patch. Windows 11 was never, contrary to what some people think, the future of Windows.)

Tomorrow’s desktop, as far as Microsoft’s concerned, is going to be Windows running on its Azure cloud.

When I say, “Windows running on the Azure cloud,” I mean running on the cloud. There needs to be some kind of operating system on your PC, but, frankly, Microsoft doesn’t care what you’re using. As Wangui McKelvey, Microsoft 365’s General Manager, said: “Windows 365 takes the operating system to the Microsoft Cloud, securely streaming the full Windows experience — including all your apps, data, and settings — to your personal or corporate devices. This approach creates a fully new personal computing category, specifically for the hybrid world: the Cloud PC.”

[ Related: Say goodbye to all that: Microsoft ends Windows-as-a-Service ]

Microsoft explicitly states that you’ll be able to stream all your personalized applications, tools, data, and settings from the cloud across any device. And it means any, including  the Mac, iPads, Linux PCs, and Android devices. No matter what you’re running, you’ll get the same Windows experience. It also means “You can pick up right where you left off, because the state of your Cloud PC remains the same, even when you switch devices.”

What about in-house apps? While Microsoft can’t promise you’ll be able to run some  customized program you set up in the 1990s, Windows 365 supports all of its business apps — Microsoft 365, Microsoft Dynamics 365, Microsoft Power Platform — line-of-business apps, and more. The company also promises to stand by its promise of app compatibility with Microsoft’s Fastrack App Assure. This is a service designed to help businesses with 150 or more users fix any app problems at no additional cost.

Microsoft has also been working with its independent software vendor (ISV) partners. The four largest turning their efforts towards Windows 365 are Nerdio, NetApp, ServiceNow, and UKG.

Microsoft isn’t reinventing the wheel here. As I have been pointing out ad nauseam, Microsoft has been moving to a Windows DaaS for years now. Specifically, Windows 365 is built on Azure Virtual Desktop. Unlike the Azure Virtual Desktop, which takes an expert to set up properly, Microsoft sets up Windows 365 for you. You control how to scale your Windows 365 instances and monitor Cloud PC’s performance, and you don’t need to be an Azure Solutions Architect Expert to create and manage your new virtual Cloud PCs.

So does all of this sounds interesting? If so, you won’t have to wait long to try it out. Windows 365 will be available Aug. 2.

If this all sounds familiar to you, it should. Microsoft has been saying DaaS was the plan all along — if you listened closely enough. And Google’s been offering a similar universal DaaS plan with its Chromebooks for more than a decade.

I recently noted that soon we’ll have two “desktop” choices. One will be cloud-based with Windows 365 Cloud PC and Chrome OS. The other will be the old-school PC-centric operating systems: Linux and macOS. That day is coming faster than ever.

Say hello to the real future of Windows. Like all the rest of IT, it’s floating on the cloud.

How to overclock your CPU

This Lenovo Chromebook is in stock and just $119 today