SpaceX is beginning to get the hang of human spaceflight 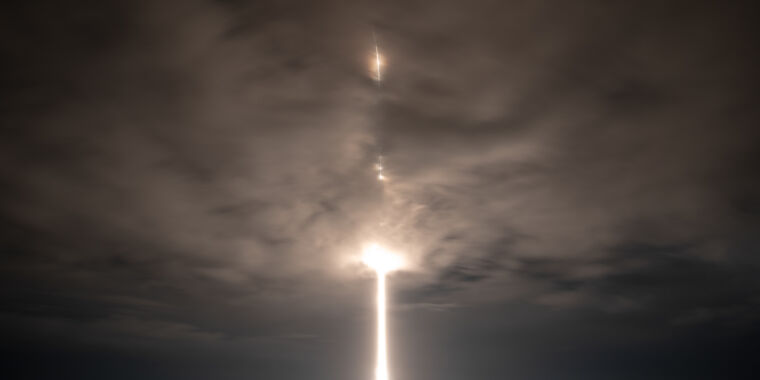 36 with 24 posters participating, including story author

Perhaps the most notable aspect of Wednesday night’s launch is that it seemed almost routine.

Less than 18 months have passed since SpaceX took the extraordinary step of becoming the first private company to launch humans into orbit, with a demonstration flight carrying NASA astronauts Doug Hurley and Bob Behnken to the space station, and thereby achieving heights previously only reached by the national space agencies of Russia, the United States, and China.

Since then, Crew Dragon has launched three additional missions for NASA, as well as the private Inspiration4 flight this fall. That’s a fairly rapid cadence right out of the gate. The space shuttle, with its standing army of thousands and thousands of civil servants and contractors, flew its fifth mission after 19 months.

Crew Dragon resulted from a partnership between NASA and SpaceX over the last decade. Anticipating the space shuttle’s retirement, NASA worked with SpaceX and Boeing to privately develop launch systems to carry astronauts into low-Earth orbit. When the final contracts were signed in 2014, it was expected that SpaceX and Boeing would each fly one mission a year. Boeing, however, has run into technical challenges with the development of its Starliner spacecraft, so Crew Dragon has had to perform double duty from the start.

“I think we’re incredibly grateful with the partnership that we’ve had,” Kathy Lueders, chief of human spaceflight operations for NASA, said during a post-launch news conference of the NASA-SpaceX team. “You know, when I first started in commercial crew, six or seven years ago, it would have been a dream to me that we would have flown these four missions back to back. Because it’s a really tough thing to do. So I’m incredibly proud of this joint team.”

The cadence is even more impressive considering that SpaceX also recently debuted an upgraded version of its Cargo Dragon spacecraft. Including crew and cargo missions, SpaceX has either launched or landed a Dragon spacecraft every month in 2021 except for February and March.

Wednesday evening’s launch, moreover, came less than 47 hours after another Crew Dragon spacecraft carrying four astronauts splashed down off the coast of Florida. This set a record for the minimum time between a human landing and subsequent launch of a crew vehicle.

Sarah Walker, SpaceX director of Dragon mission management, was quick to attribute the company’s success at getting into the groove of human spaceflight so adeptly to the partnership with NASA.

“Human spaceflight was the reason we were founded,” Walker said. “So it’s incredibly meaningful to the whole team. We could not be more excited to finally be here and to be standing on the shoulders of giants with this partnership with NASA.”

COVID vaccinations spike in US as delta rages and omicron looms

Billions for Climate Protection Fuel New Debate: Who Deserves It Most

Your Rooftop Garden Could Be a Solar-Powered Working Farm