Sometimes you want a beautiful tablet screen you can use to make art, watch movies, play games, or read books. But sometimes you might also want to attach a keyboard to it and get some serious work done because you can’t write the next great American novel with a touch keyboard. That’s where 2-in-1s come in.

Hybrid laptop/tablet computers have been around for years, with a bunch of intriguing options on the market right now. Let’s get right into what some of the best recent 2-in-1s have to offer. 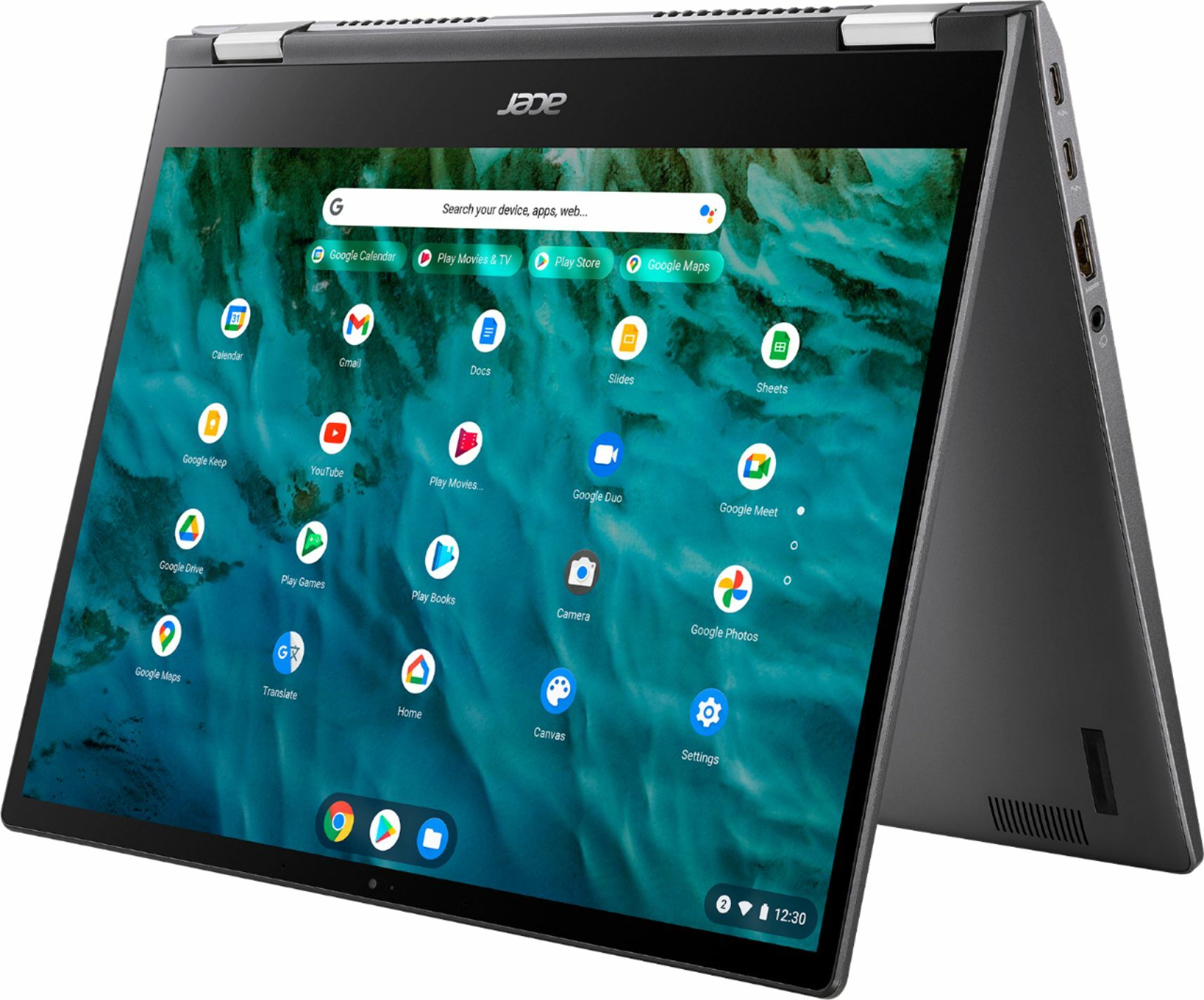 This is one nice Chromebook.
Credit: Acer

Most of the devices we’ll look at today run Windows, but Acer’s attractive looking Chromebook Spin 713 is, well, a Chromebook that starts at $699. That means it runs Google’s ChromeOS operating system, optimized for Google’s apps (Chrome, YouTube, Gmail, etc.) and little else. It’s a little less versatile than a Windows machine, but if you’re already immersed in Google’s app ecosystem, you’ll be up and running in no time.

Different configurations can come with Intel Core i3, i5, or i7 processors, as well as 8 or 16GB RAM. Storage only goes up to 256GB, which is typical of Chromebooks; they expect you to make heavy use of Google’s cloud storage. But a 13.5-inch touch display with a 3:2 aspect ratio (which gives you more vertical space than a typical widescreen display) will make your work tasks look great. Add in a pair of USB-C ports and a USB type-A port and you’ll be able to connect a variety of accessories to the Chromebook Spin. It’s also WiFi 6 enabled for faster wireless performance. 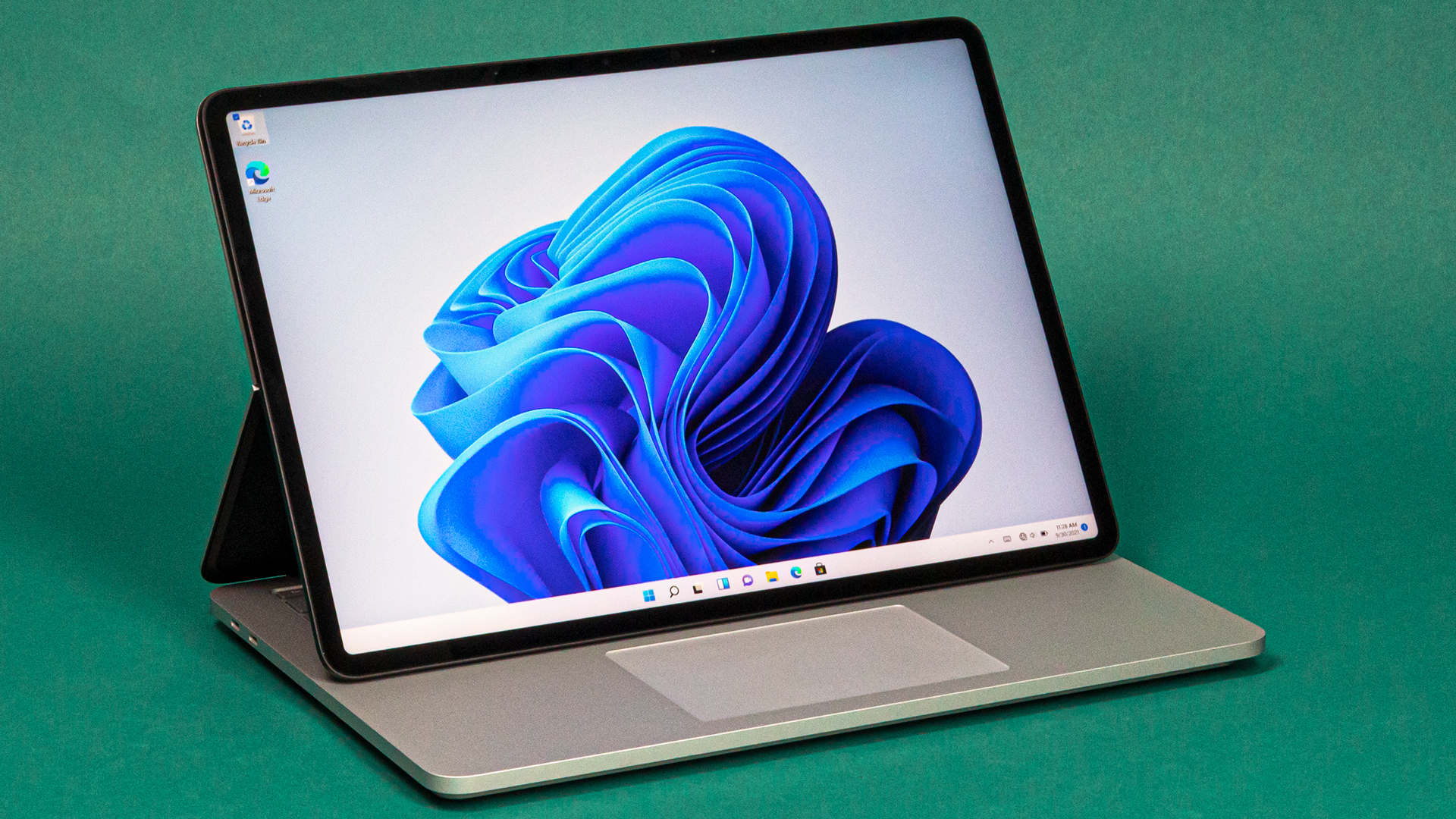 The premier Windows 11 2-in-1 is Microsoft’s Surface Laptop Studio. It’ll make a dent in your bank account with a minimum price of $1,599, but in this case, you get what you pay for. Its 14.4-inch display is gorgeous and sharp with a 2400×1600 resolution and 120Hz refresh rate. Of course it can be converted into a tablet like all 2-in-1s, but the hinge can also be partially pulled forward into a sort of standing display mode for watching videos.

Its specs match the price: Quad-core Intel i5 or i7 processors, 16 to 32GB RAM, up to 2TB storage, an NVidia GeForce RTX 3050 graphics card on the most expensive models, and WiFi 6 compatibility. This is a do-it-all machine that can run memory-intensive work programs, handle video calls, and even do some gaming. Just two USB-C ports somewhat limit its accessory potential, but hey, nobody’s perfect. 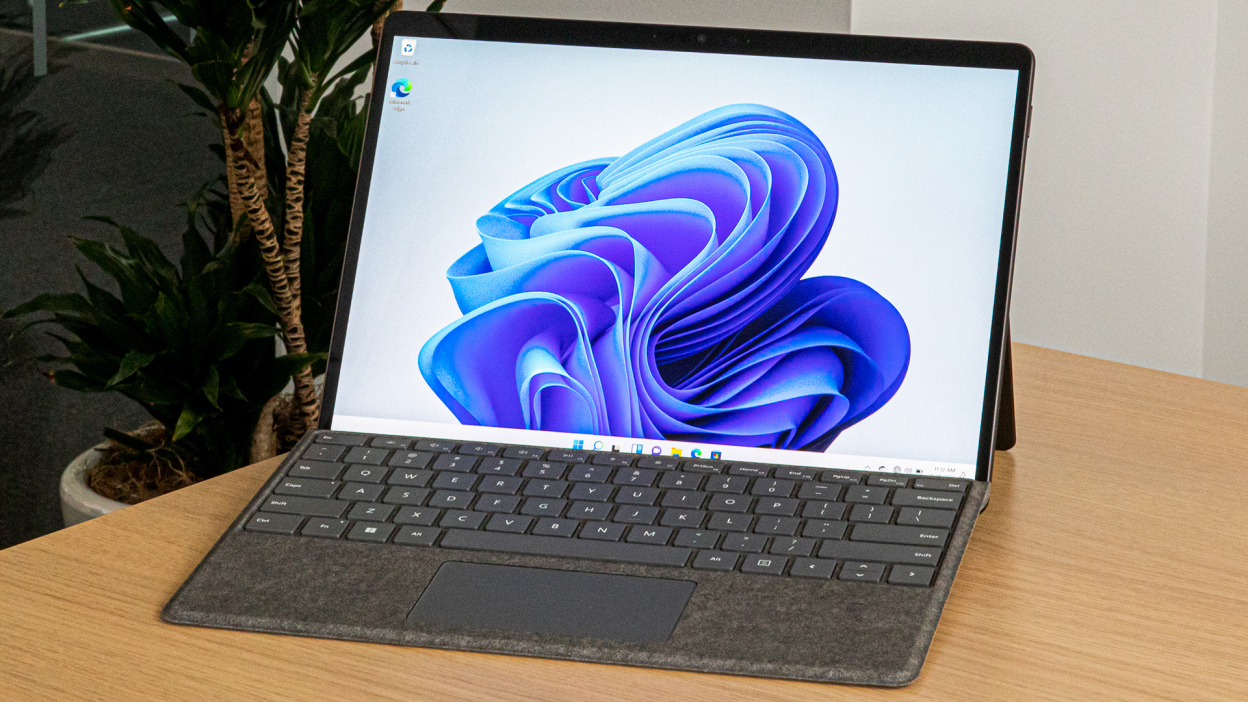 It’s not as expensive as the Surface Laptop Studio, but the Surface Pro 8 is powerful in its own right.
Credit: Molly Flores / Mashable

If you’re into the idea of a Surface machine but don’t want to shell out for the Laptop Studio, the Surface Pro 8 is a (slightly) less pricey alternative that’s more of a true 2-in-1. Its 13-inch display also comes with a 120Hz refresh rate, and it has the same drawback as other Surface tablets: the detachable keyboard is not included. Unless it’s on sale, it’ll run you an extra $140.

Annoying hidden fees aside, this is a beastly little Windows 11 tablet with Intel Core i5 or i7 processors, 8 to 32GB RAM, up to 1TB storage, and the same exact port selection as the Laptop Studio. Its battery can also last up to 16 hours, so it’s an all-day machine if you don’t always have time to plug in between activities. 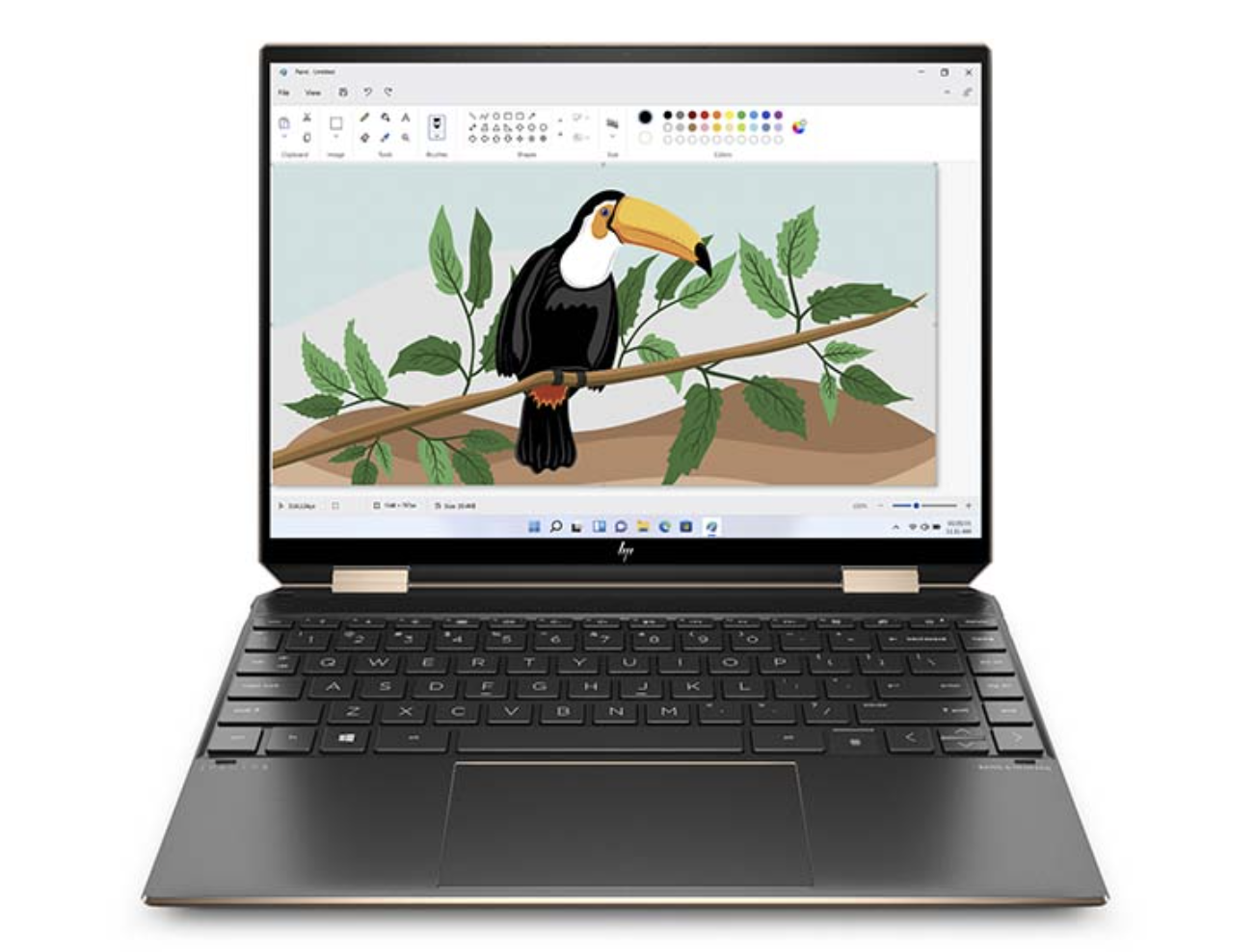 Another high priced, but also highly attractive, option is the HP Spectre X360 14, starting at $1,369. This option might have the best display of them all, with the most expensive model packing a 13.5-inch OLED touchscreen with a 3000×2000 resolution and the same 3:2 aspect ratio as the Chromebook Spin. If you’re not a screen freak, just know those are all very good things to have.

It’s no slouch on the inside either, with Intel Core i5 or i7 processors, up to 2TB storage, 8 to 16GB RAM. Two USB-C ports, a USB type-A port, and an SD card reader make this one of the better options on our list in terms of ports, too.

Soundbar in the hinge.
Credit: Lenovo

Last but not least, the Lenovo Yoga 9i starts at $999 and has all the features you’d want out of a good 2-in-1. Its 14-inch 1080p or 4K touch display can rotate around a hinge like all other 2-in-1s, but the big hardware feature here is a soundbar speaker built into the hinge itself, providing better audio than the competition. If you like watching movies on the go, this could be the 2-in-1 for you.

The best video editing laptops for aspiring filmmakers and YouTubers

Aside from that, its specs are solid. 11th gen Intel Core i5 and i7 processors keep things running smoothly on Windows 10 or 11. RAM goes from 8GB to 16GB and storage from 256GB to 1TB. It’s got WiFi 6 support and a fingerprint reader for added security, as well as a USB type-A port, two USB-C ports, and a headphone jack. On top of all that, you’ll get between 10 and 15 hours of sweet, sweet battery life.