Little word of advice: Hang onto your Apple devices.

A working Apple-1 computer in a rare wooden case was sold at auction on Tuesday by John Moran Auctioneers, going for a cool $500,000. The original owner bought it from his professor in 1977 for a mere $650.

The first ever Apple-1 was created by Steve Jobs and Steve Wozniak in Jobs’ parents’ hallowed garage, following the founding of the company in 1976. The Apple-1 put the company on the map as the first personal computer that came with a fully assembled motherboard. Only 200 of these computers were handcrafted by the pair and their skeleton crew.

This particular Apple-1 is encased in rare Hawaiian Koa wood, one of only six known devices with this case in the world, according to the auction house.

When the Apple-1s were first assembled by Wozniak and Jobs they were sold for $666.66 each and came without a monitor, keyboard, or casing — these were added in 1977. Paul Terrell, owner of The Byte Shop in Mountain View, California, famously bought 50 of the computers, and added the Koa case to several of them to make them more appealing to customers. 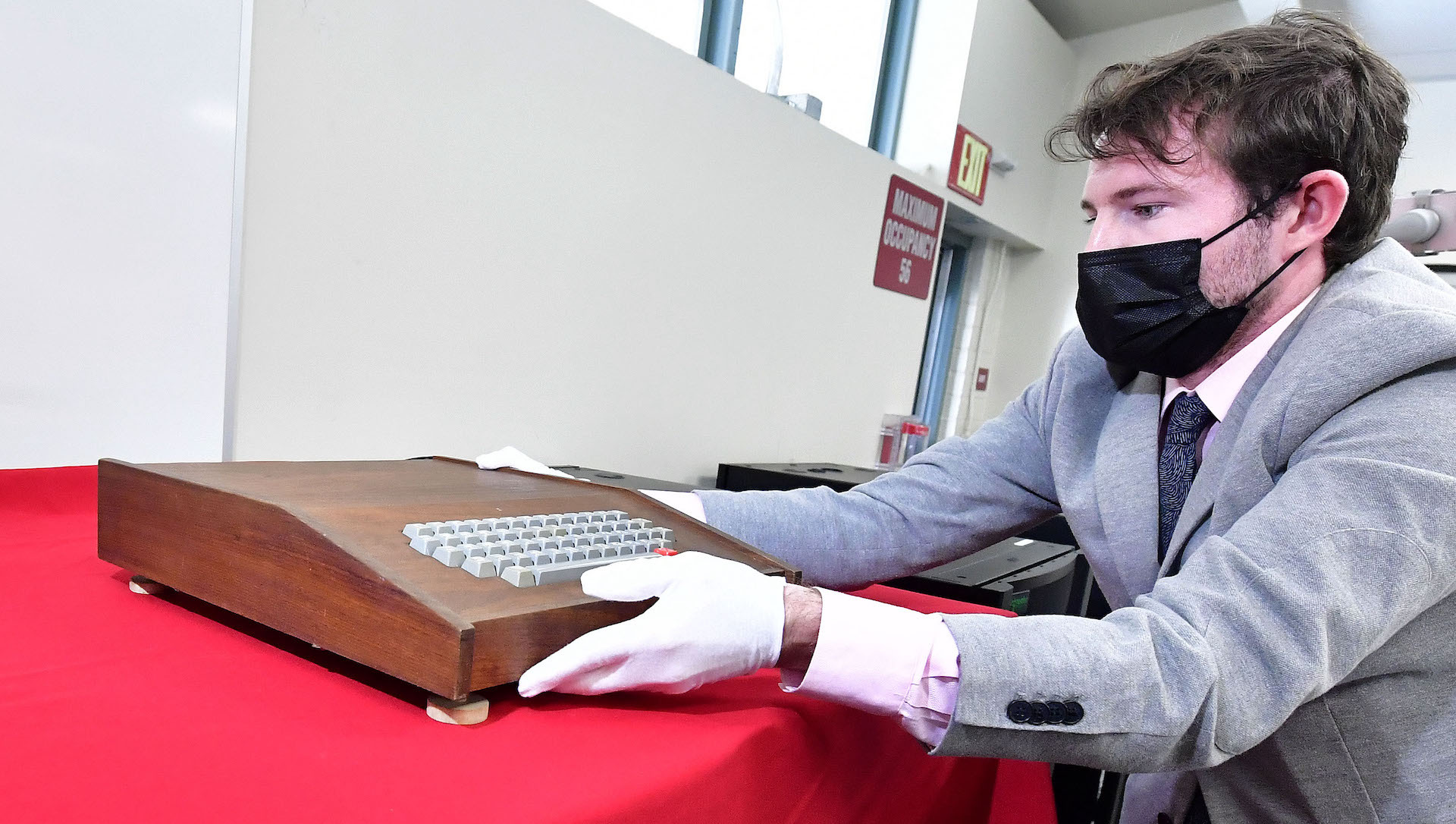 The Apple-1 sold at auction has only had two owners. It was originally purchased by an electronics professor at Chaffey College, a public community college in Rancho Cucamonga, California. He then sold it in 1977 to his student who was taking his programming course — because of course, the professor was upgrading to the next model.

“He was excited to buy the Apple-II and sold me this for about $650,” reads a quote published by the auction house from the anonymous owner. “Of course, nobody knew it would become a collector’s item.”

The auction house shared a look inside the computer ahead of the sale.

“This fascinating piece of technological history is in mint condition, featuring many period-correct and original parts (motherboard, monitor, keyboard, two cassette tapes, three wires, and a period xerox-copy of the original owner’s manual) and it is in working order!” reads a description from John Moran Auctioneers.

The device was inspected, restored, and approved as authentic by an expert recruited by the auction house.

It’s not the highest grossing sale of an Apple-1 computer — that honour goes to a device that went for just shy of a million bucks in 2014, selling for $905,000 at a Bonhams auction in New York.