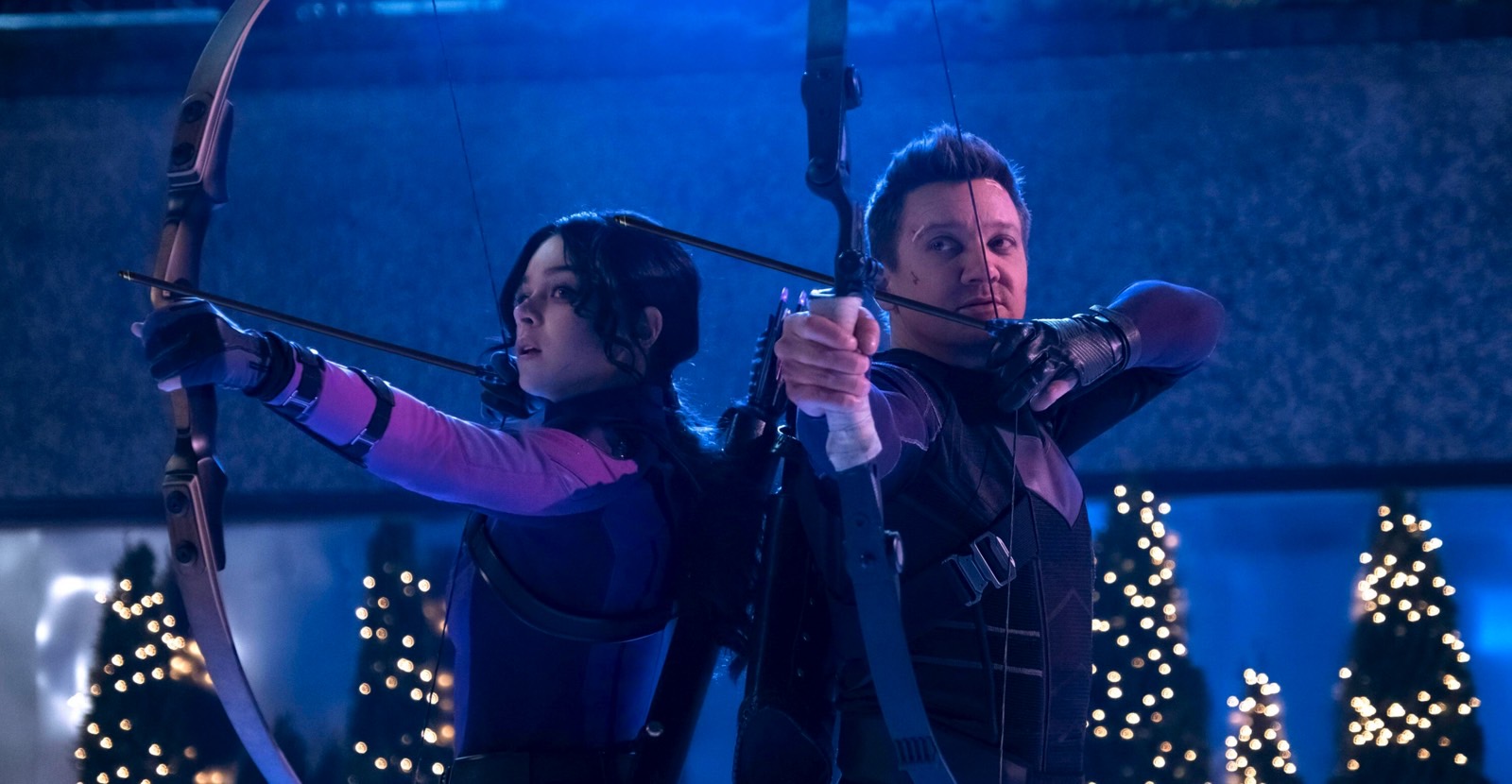 From the breathtaking opening sequence in episode 1 to that impressive cameo in episode 2, Hawkeye is already an excellent treat for the fans who have been eagerly awaiting this Avenger’s standalone story. With two Hawkeye episodes already available to stream on Disney Plus, we’re already done watching one-third of the story. The action is picking up fast, and we’re soon going to discover Hawkeye’s main villain. It might all happen in the series’ first post-credits scene, which is coming soon. Before we can explain, you should know that big spoilers follow below.

As has been the case for previous MCU TV shows on Disney Plus, the first few episodes of Hawkeye do not feature post-credits scenes. Fans probably expect that, but they’ll still fast-forward through the credits nonetheless, hoping for an extra gem at the end of each episode.

Episode 2 ends with a massive reveal that we’ll address later in this post. It’s the cameo I teased above. We see Echo (Alaqua Cox) getting ready to interrogate Clint Barton (Jeremy Renner) and Kate Bishop (Hailee Steinfeld). She doesn’t say/sign anything to the “bro” calling for her, but she’s a part of the “bad guys” in Hawkeye.

Yes, it’s the same Echo who will star in the standalone Echo series that Marvel already confirmed for Disney Plus. Marvel fans already know what that means for the MCU.

We’re hearing there’s a BIG cameo happening in the post-credits scene of #Hawkeye episode 4. Be sure to stick around 👀 pic.twitter.com/K6n1VRBbox

Separately, rumors say that the main Hawkeye villain will not be the Tracksuit Mafia or Echo. Instead, it’s a character that Marvel fans might already expect, especially given the Echo reveal. That’s Kingpin (Vincent D’Onofrio), the antagonist you loved to hate in Netflix’s Daredevil.

The version of #Kingpin that we see in #Hawkeye will reportedly be the huge one, with a fat suit and CGI used to bring him to life. (Via: @RPK_NEWS1) pic.twitter.com/LgM1TMgrXj

This isn’t the first time we’re hearing that D’Onofrio is back to his iconic villain role. And it’s not the first time we’ve heard that his MCU debut will be in Hawkeye. Or that this Kingpin version will look a lot more like the one from the comics:

Get ready to see this version of Kingpin pic.twitter.com/5mu0KVONnT

With all that in mind, it makes sense to assume that Kingpin might be the “BIG” reveal in the post-credits scenes of episode 4. That said, there’s no connection between these two Hawkeye rumors.

Kingpin cameo aside, we already expect another massive MCU appearance in the TV show. That’s Florence Pugh’s Yelena Belova. Given how things ended in Black Widow, we can’t wait to see Yelena and Clint interact.

More interestingly, other rumors said that Hawkeye and No Way Home might share a common scene. That’s why the TV show dropped before the next Spider-Man movie. With that in mind, episode 4 will hit Disney Plus on December 8th, about one week ahead of the No Way Home premiere.

Episode 4 post-credits and MCU Kingpin reveal aside, there’s one other thing you should know about Hawkeye. And unlike those claims, it’s not a rumor.

In a recent interview, Hawkeye director and producer Rhys Thomas teased that the finale will deliver “something big.”

He didn’t explain what that significant development might be. But he teased that Hawkeye’s problems keep growing with each episode. The Bishop situation isn’t something he can solve in just a few days to get home to his family for Christmas. It keeps snowballing to the point where we’ll discover that big development Thomas alluded to.

Thomas also said that despite the bigger stakes, Hawkeye is also a self-contained story that explores this particular Avenger’s life in the aftermath of Endgame.