Microsoft is bringing back the blue screen of death to Windows 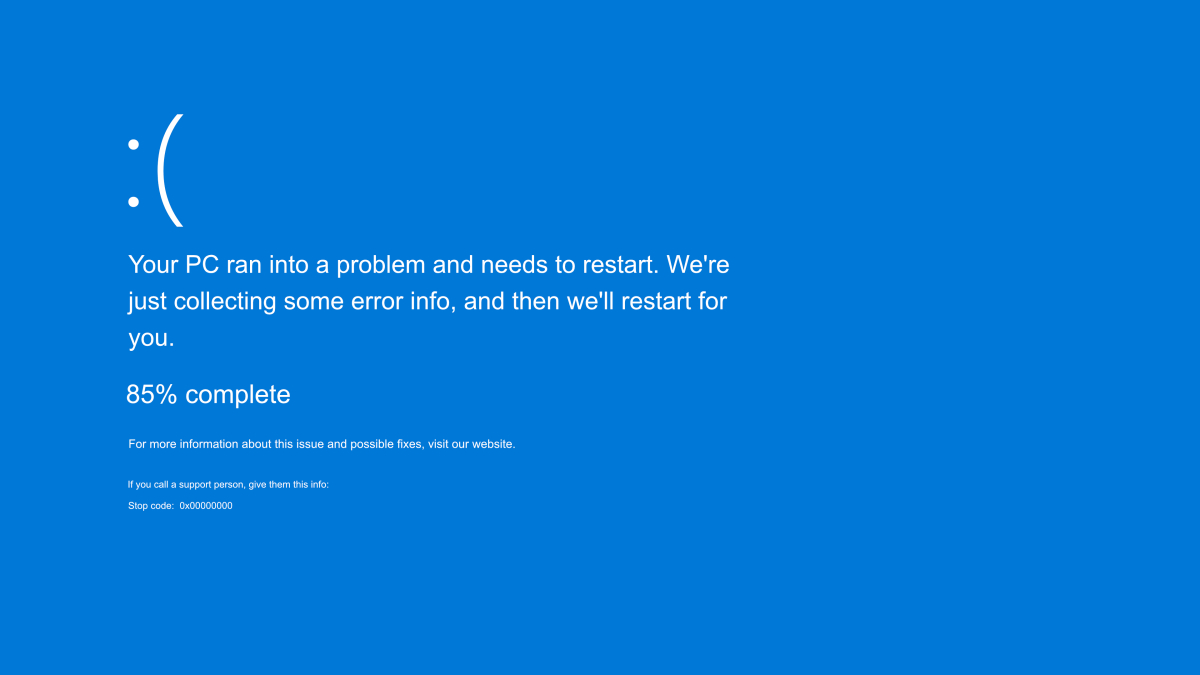 The blue screen of death, often referred to by the acronym BSOD, has been an unwanted companion of Windows users for three decades – ever since Microsoft introduced it in Windows 3.0, back in 1990.

When a serious error stops Windows from working, a blue screen appears, detailing what happened and driving users crazy as it typically shows up at the worst possible moment.

In July 2021, for reasons undisclosed, Microsoft changed the color of the error screen from blue to black. Now, however, the company is bringing blue back.

Windows Central noticed that the release notes for the latest version of Windows 11 – Windows 11 Build 22000.346 – list this change.

“We changed the screen color to blue when a device stops working or a stop error occurs as in previous versions of Windows,” say the notes.

Once again, Microsoft doesn’t say why it decided to change the color of the error screen, but it’s fair to speculate that after three decades of users calling tech support and complaining about a blue screen with an error, the change to black only made things more confusing. Either that, or Microsoft just felt nostalgic, though actually seeing the BSOD will more likely induce rage than nostalgia.