These 5 laptops for under $1,000 are perfect for school or work

Sure, a smartphone or tablet might be the most fun way to browse social media and chat with your friends, but when it comes time to do real schoolwork or an adult job (the horror!), you’ll probably need to trade in the touchscreen for a keyboard and get at it.

Unfortunately, laptops cost money, just like everything else. Their prices can quickly cross over into four-digit territory if you leap at the highest-end specs. But you don’t need to spend that much to get a competent laptop for school or work. You may not get a spruced-up gaming machine or a video editing powerhouse, but these recent laptops all cost less than $1,000 and could serve you just right. 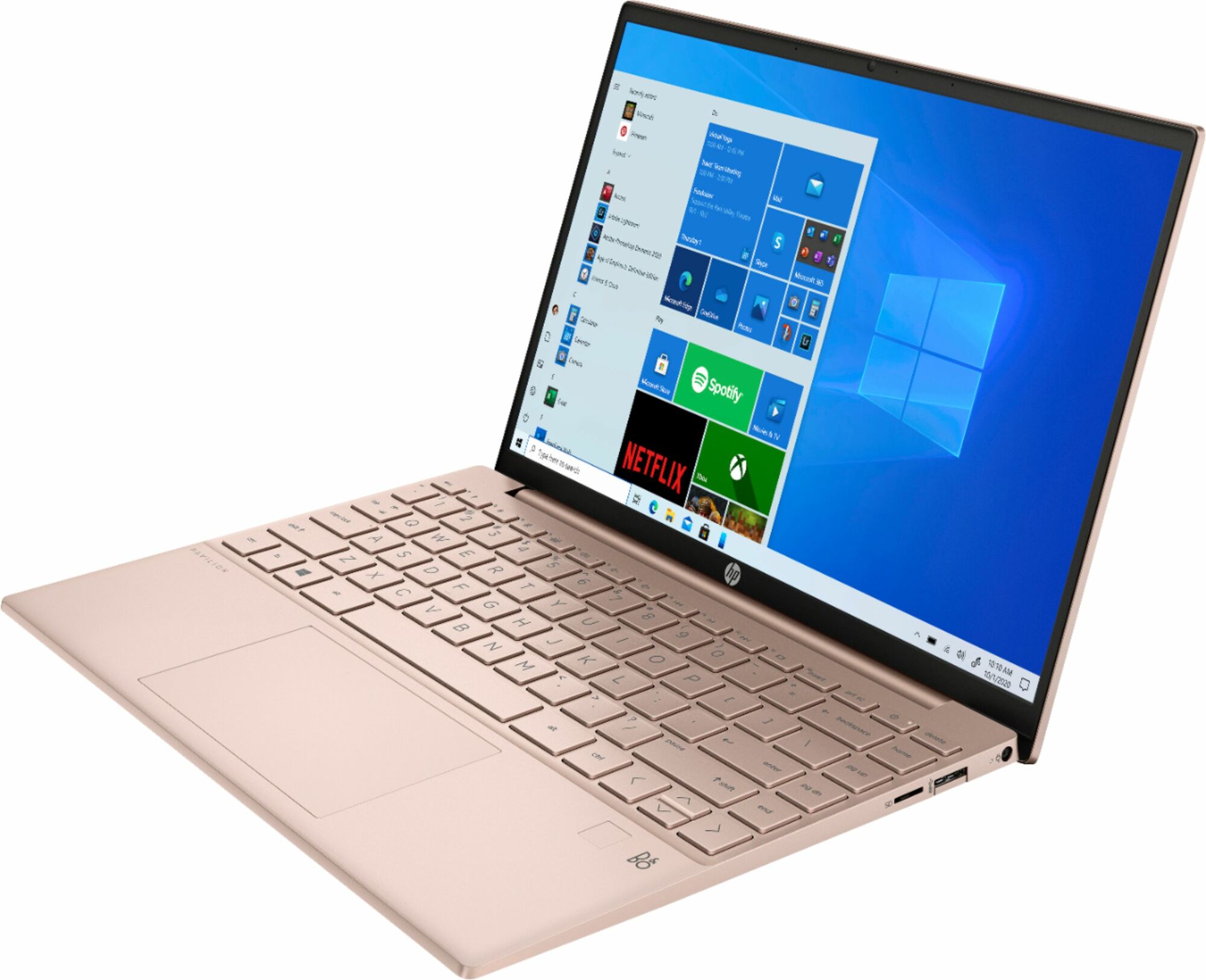 If pure portability is what you care about the most, HP’s Pavilion Aero 13 has your back. It’s on the more expensive side of our sub-$1,000 price spectrum with a $700 starting tag, but that cost doesn’t come without some perks. The 13.3-inch display is housed in an ultra light and thin body, coming in with just 0.67 inches of thickness and less than 2.2 pounds of weight.

SEE ALSO: If your kid needs a new laptop, these are your best options

On top of that, it comes with the brand new Windows 11 operating system, AMD Ryzen processors, SSD storage starting at 265GB, and 16GB RAM. With specs like that, this little guy will surely be powerful enough to get you through the school or work day without any hitches. Plus, you get a USB-C port, two USB type-A ports, a HDMI port, and a headphone jack for all your accessory needs. 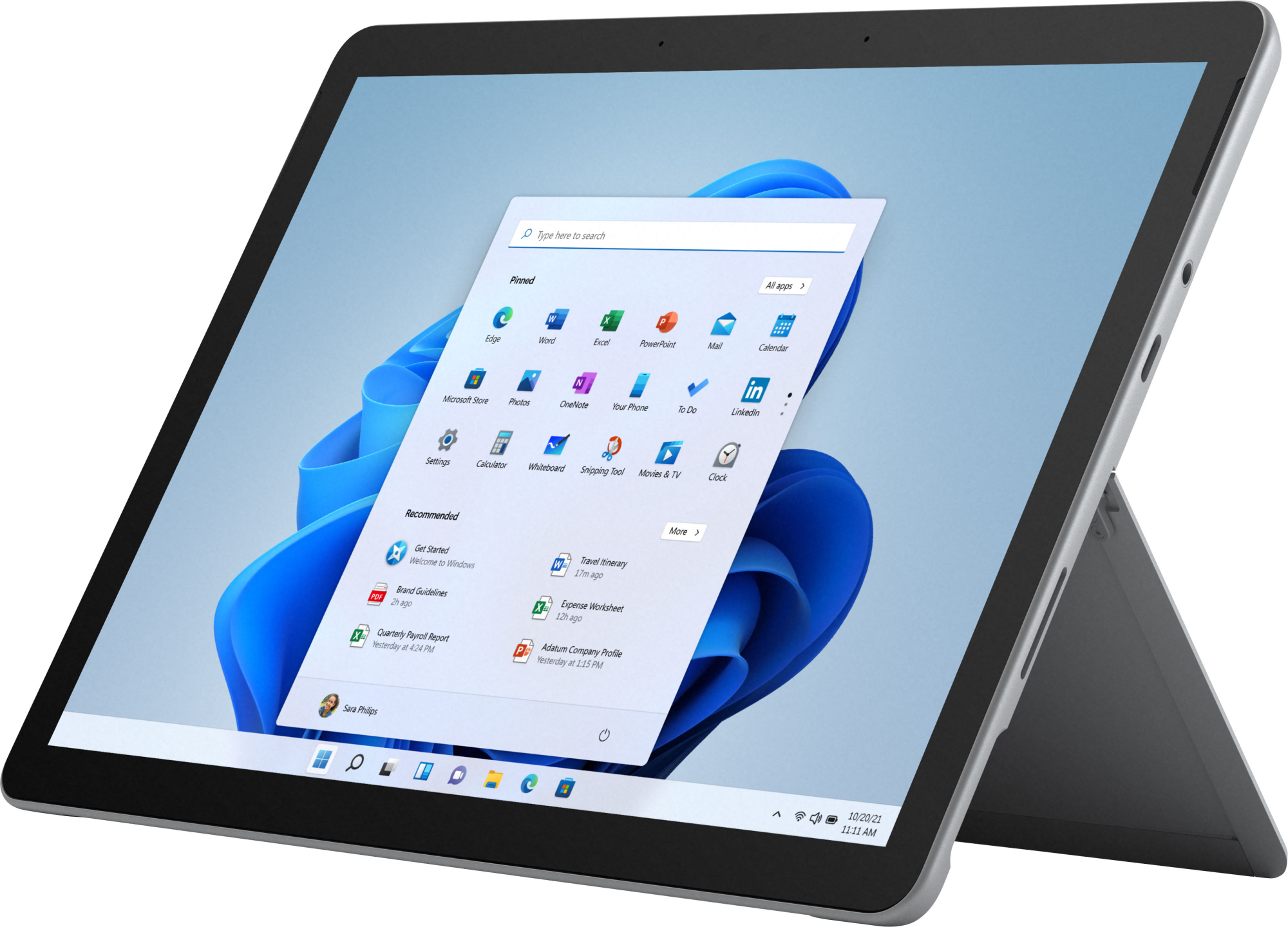 A spiffy little 2-in-1
Credit: Microsoft

Just because tablets aren’t always suited for serious work tasks doesn’t mean they aren’t nice to have. There’s been a flood of 2-in-1 laptop/tablet hybrids over the past several years, and Microsoft’s Surface line is one of the most popular brands in that business. The Surface Go 3, released in late 2021, is by far the cheapest of the lot, with a $399 starting price for a Windows 11-ready 2-in-1. That price is a bit deceptive, though, as the optional keyboard cover attachment will run you an extra $99 when there isn’t a sale.

Of course, that low price means you won’t get bleeding edge specs. RAM ranges from just 4 to 8GB while storage ranges from just 64 to 128GB, and the Intel Pentium (or Core i3 on the $629 model) processors aren’t the latest and greatest in the world. But it’s only 1.2 pounds and doubles as a 10.5-inch tablet when you don’t need to type out long paragraphs. And with 11 hours of battery life and a USB-C port, you can get through the day and use some accessories while you’re at it. Don’t worry, there’s a headphone jack, too. Dell’s Inspiron 15 3000 laptop isn’t a powerhouse or loaded with hardware gimmicks, but it is an affordable laptop with decent specs and Windows 11 built in. It has a wide range of builds starting at $250 and going all the way up to $700 with the best specs, which include an 11th-gen Intel Core i7 processor, 12GB RAM, and 512GB of storage. Again, not spectacular, but considering you get a large 15.6-inch display to go along with all that, this is a decent value with plenty of punch to handle all of your business.

The only real downside is a weak port selection. Three USB ports are great, but none of them are USB-C. You do get a headphone jack and an SD card slot, so not all is lost.

Another cheap 2-in-1 for your consideration
Credit: Asus

Back in the realm of 2-in-1s, the Asus Chromebook Detachable CM3 is similar to the Surface Go 3, with the major difference being that the detachable keyboard and stylus are both included in the $369 starting price instead of adding hidden accessory fees. One downside is that it runs ChromeOS instead of Windows 11, but for students, ChromeOS is lightweight and perfectly capable of web browsing, streaming, and word processing.

The best Chromebooks for pretty much anything you want to do

Its specs are modest, with 4GB RAM and either 64GB or 128GB of storage. There’s also just one USB-C port and a headphone jack. Still, this is a solid value if you want both a work and entertainment machine. 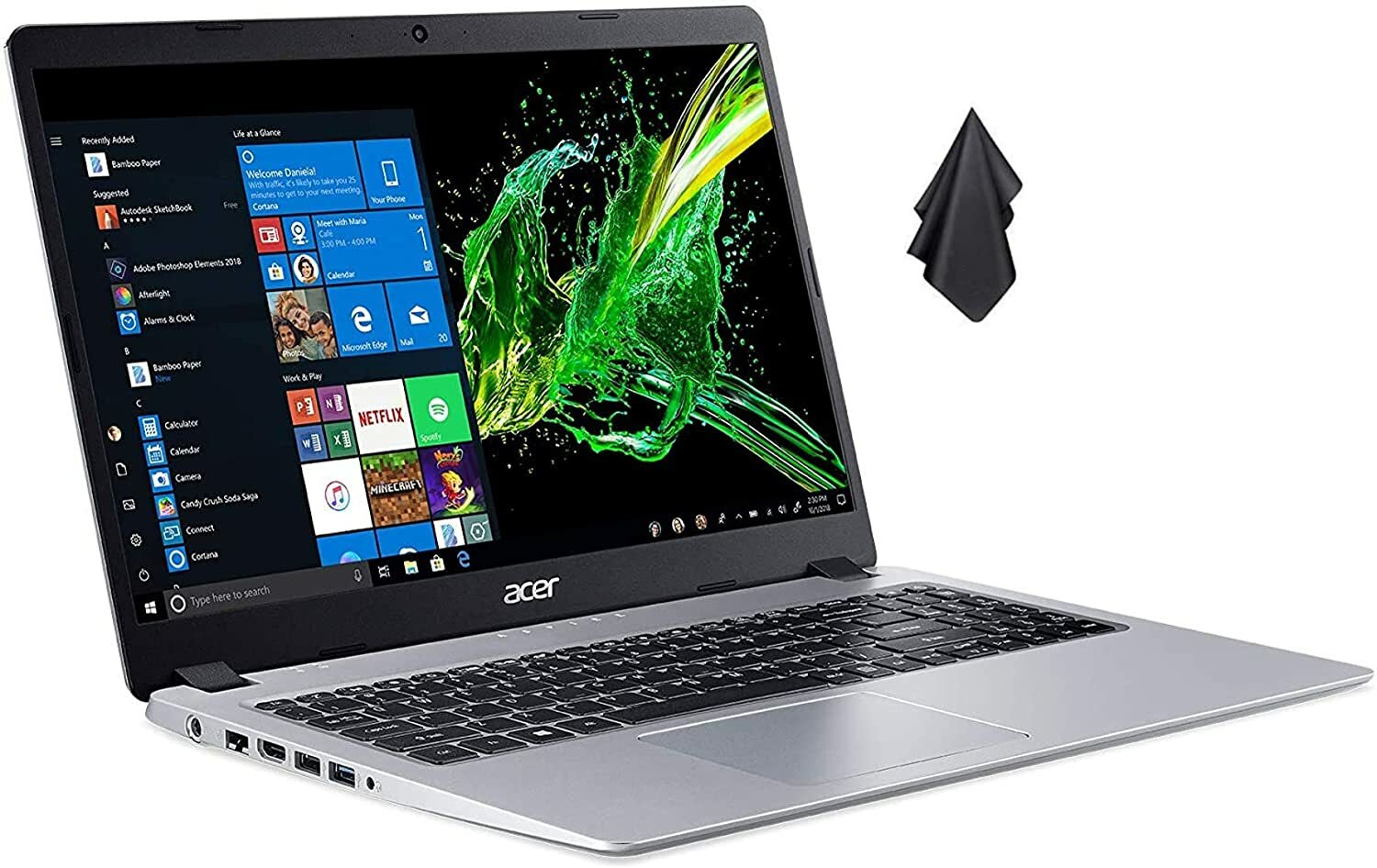 Our last cheap laptop isn’t full of fancy bells and whistles, but that’s fine. The Acer Aspire 5 starts at $449 and comes in a variety of configurations, with starting RAM ranging from 8GB all the way to 20GB in the $629 model. Storage also ranges from 128GB to 1TB, with SSD options for fast loading. You have the option of AMD Ryzen 3 or 11th-gen Intel Core i3 processors as well.

Aside from that, it’s a no-frills laptop with a 15.6-inch display and three USB ports, none of them USB-C. You also get HDMI and Ethernet ports, which is nice. And finally, the most important bit of all: There’s a headphone jack. Rejoice!