Why NASA just ground a circle into this Martian rock

NASA’s Perseverance rover — a car-sized robot carrying a slew of cameras and gadgets — ground away the surface of a Martian rock this week to peek at what’s inside. The space agency tweeted out images of the distinct mark of human exploration now left on the desert planet: It’s a circle-shaped abrasion (and there are others, too).

An integral part of Perseverance’s mission is to collect interesting and diverse samples of the rocky Martian surface, for a later mission to ferry back to Earth. By grinding away the surface of a rock, NASA’s planetary scientists can better grasp the geologic history of an area, like how the rock formed and whether it existed in a watery environment. Over time, the extreme, windswept surface environs on Mars can obscure this past.

“The unaltered rock below the surface may hold important clues to the history of the area,” Iona Brockie, a sampling engineer at NASA’s Jet Propulsion Laboratory, wrote in a 2021 blog post.

Ultimately, grinding away at rocks will lead scientists to the most promising, or interesting, samples to bring back home. 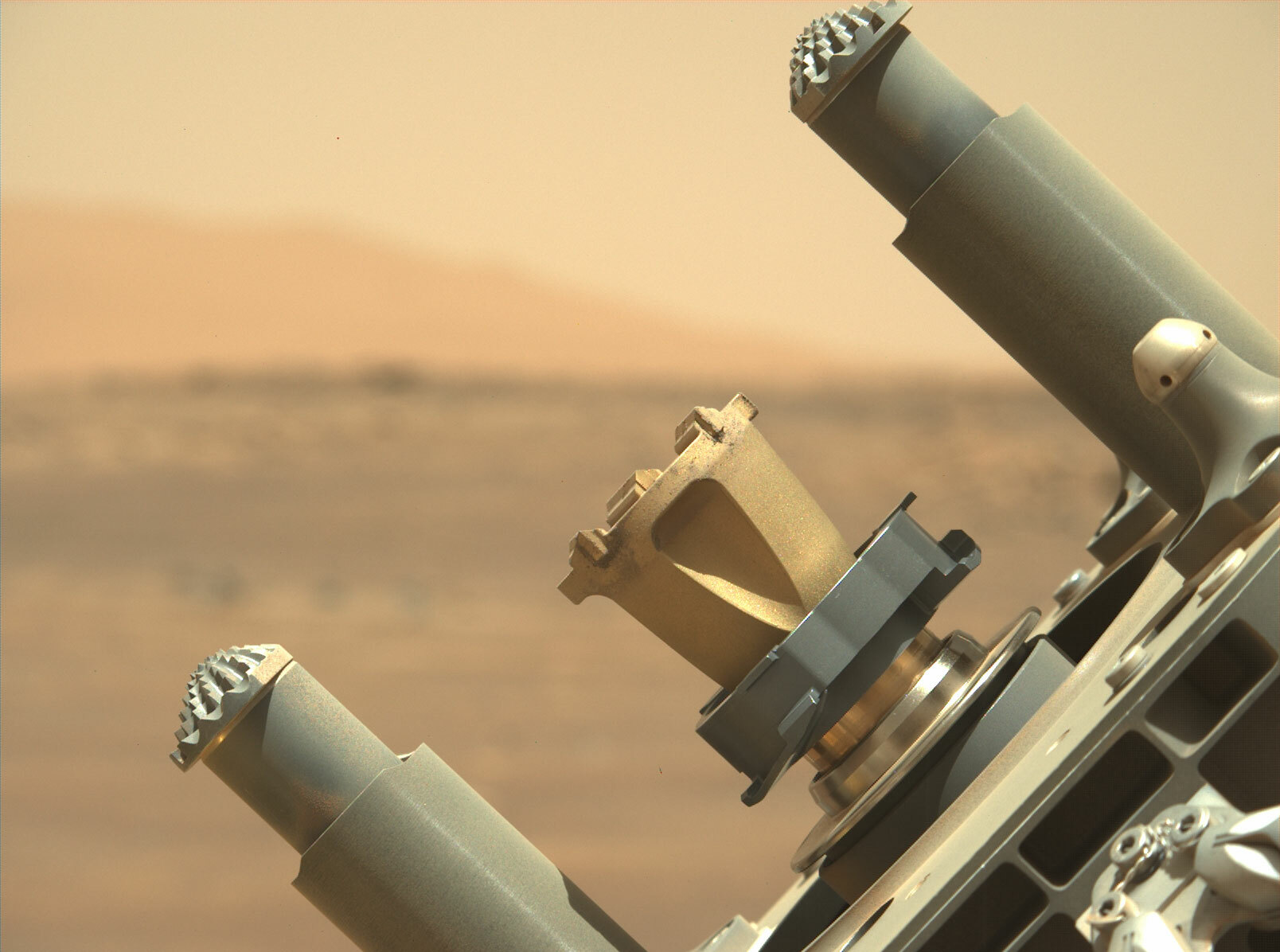 The drill and abrasion tool on the Mars Perseverance Rover.
Credit: NASA / JPL

The speckled, diverse insides of the rock are visible in NASA’s new images. Once the drill makes a two-inch-wide hole, another instrument “uses four short puffs to blow the cuttings away and reveal the fresh rock surface underneath,” explained Brockie.

A fundamental part of the Perseverance mission is to look for clues of past microbial life on Mars — should any have ever existed. Already, the space agency has drilled two inches into the surface to collect a sample and seal it in a tube.

Perseverance is currently rumbling through the Jezero Crater, a place NASA scientists suspect was “once flooded with water.”